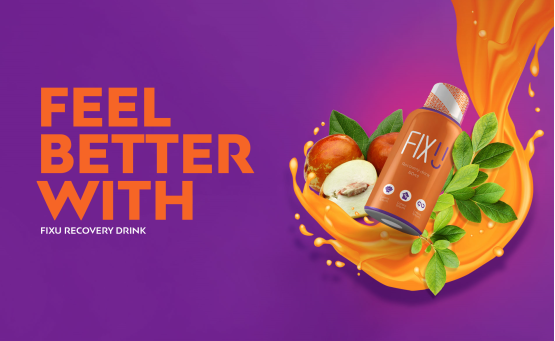 Hangover is an unpleasant after state of inebriation, and its strength is proportional to the level of intoxication preceding it. Hangovers are basically caused by alcohol remnants in the body, an irritated, stressed, and intoxicated nervous system, and a dried body and lowered blood sugar levels. When alcohol leaves the body, the nervous system seeks to rebalance itself, causing various hangover symptoms.

Alcohol paralyses nerve cells e.g. by reinforcing the inhibition of gamma-Aminobutyric acid (GABA), which is the most powerful neurotransmitter inhibiting the nerve cells in the brain and overall nervous system. Our bodies seek to balance themselves, so our brains develop a tolerance in order to end the effects of any substance that modifies/inhibits/upsets normal functioning. When the tolerance grows, nerve cells work faster, and the brain is overloaded as alcohol leaves the body. Withdrawal symptoms are at their worst when almost all of the alcohol has left the body.

The clinical picture of hangovers varies, the ingestion of 5 to 6 doses for men and 3 to 5 doses for women is usually sufficient to cause a state of hangover.

FixU is not based on the alleviation of the acute symptoms of a hangover, but the product is rather based on a comprehensive understanding of the mechanisms underlying hangovers, which allows it to affect the causes of a hangover before the body enters the critical state that we call a

hangover. In short: FixU affects the causes of hangovers before they are transformed into concrete symptoms, i.e. a hangover.

Is it possible to make hangovers easier? Yes it is, and the secret is in the raisin tree

DHM (dihydromyricetin) is a fully plant-based compound extracted from the Japanese raisin tree (Hovenia Dulcis). It has become an object of scientific study only in 1984, but it has a strong folk medical background in Asia, where the bark of the raisin tree has been used as a supplement and folk remedy for millennia. In addition to several other purposes, the bark has been used to prevent the intoxicating and withdrawal-causing effects of alcohol. Scientific studies carried out in 2010, 2012, and 2017 have shown that the bark contains dihydromyricetin which protects the liver. The flavonoid DHM has also been found to prevent alcohol from affecting the GABA receptors in the brain.

DHM improves your natural ability to break down alcohol

A healthy liver can process one dose of alcohol per hour on average. Hangover appears if you drink more than your liver can handle. As the ethanol in the alcohol is transformed into acetaldehyde in the body, a state of intoxication is generated, putting your body under severe stress. The longer the intoxication lasts, the worse the symptoms are.

DHM has been scientifically proven to assist in the fixing of this state of intoxication. It has been shown to increase the amounts of alcohol-breaking enzymes ADH and ALDH in the liver, causing the breakdown of alcohol to speed up. The toxins generated by the burning of the alcohol are then removed from the body with boosted metabolism. In short, DHM improves your natural ability to break down alcohol.

FixU is a carefully studied wellness drink with an optimal combination of ingredients to activate the body’s natural defence mechanisms.

Find us in social media

We are using cookies on this website to improve your user experience. By continuing to use this page you accept the use of cookies.
More information Accept